Voice for the Wild 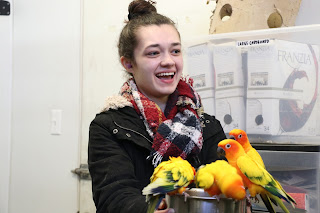 This thought-provoking and explorative student documentary looks at the positive side of zoos amidst increasingly vocal opposition to any and all forms of animal captivity. The Elmwood Park Zoo in Norristown, Pennsylvania provided the backdrop for the film, with employees of the zoo generously offering their time for interviews.

Many arguments favor zookeeping, and it's also important to acknowledge the abuses and injustices where they exist. But injustice against animals is far from resigned to cases of confinement, and protecting endangered species from poaching and other forms of callous human behavior is one of the powerful arguments in favor of zoos. Director Brianna Dent does a commendable job of thinking independently and shedding light on a controversial and emotional subject in a way that street activism alone won't deliver. 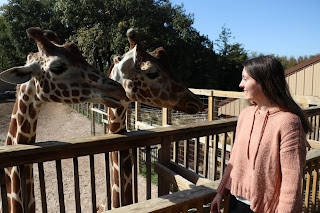 Opinions will continue to differ, but healthy discussion is needed because it can lead to better decisions. This film makes clear that many people involved in zookeeping genuinely love animals and have their own legitimate story to tell. You can read more about the pro and con arguments for zoos on ThoughtCo and watch the trailer here: Voice for the Wild Trailer
Posted by D. F. Whipple at 7:13 AM