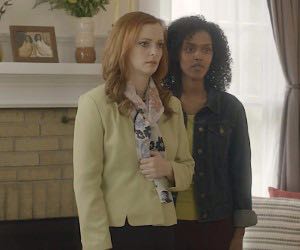 When a skincare salesperson makes a house call to pitch her line of anti-aging creams, she ends up alone in the living room with a woman who appears remarkably youthful for her age. The sales tactic had already been a little offensive with the emphasis on using a beauty product to improve one's reputation for competence, but as the two women converse things get downright creepy.

Director Tara Gadomski, a Philadelphia-based filmmaker and 2019 Sundance Knight Fellow, uses lighting and color design in subtle ways to play with the theme of appearance versus worth, and when added to the film's haunting undertone her cinematic choices demonstrate how a visual narrative can drive a story—whether it's the story in a film or one created in someone's mind.

You can read more about Signs of Aging in The News Eagle and you can watch the trailer here: Signs of Aging Trailer
Posted by D. F. Whipple at 9:32 AM

This heartwarming story concerns three high school misfits who collectively form a stronger clique than any tormenters they face possibly could in their immature states—and the schoolyard bullies are in out in full force. There is much to be said for understanding and appreciating differences while finding common ground, and the deep bond among these otherwise outcast teens is palpable.

Director Steven Heil brought considerable experience to the set of Another Yesterday, having directed five productions that won recognition in national competitions while pursuing undergraduate studies at University of Wisconsin Oshkosh, and most recently having won competitive selection to Hollywood's uberrespected Creative Minds in Sundance program. Heil's craftsmanship shows in many ways, from the outstanding performances he gets from the cast across the board, to the artful shots and the appropriate score. It's all there, distributors take note.

Someone watching the film critically might note the ultra-low budget, but who really cares about such trifles when the story draws you in so close to the characters and everything is oh-so-real? You can watch the trailer here: Another Yesterday Trailer
Posted by D. F. Whipple at 6:54 AM

Let It Go: The Cat Thief 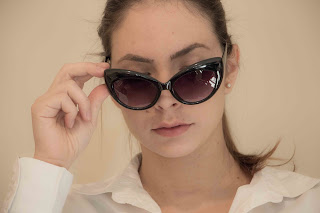 Dark and atmospheric, this music video by new-on-the-scene Pasadena filmmaker Jonathan Raines evokes 80s sounds from artists such as Michael Sembello, Annie Lennox and even Depeche Mode, but perhaps with a purer, less synthesized aesthetic.

The colon between the two halves of the title punctuates the collaboration behind the project because the music and performance are by his friend and fellow Californian Nadine Ellman, who knows how to grab a hook and run with it—or stalk the night as a diamond thief.

You can watch a teaser here: The Cat Thief Teaser 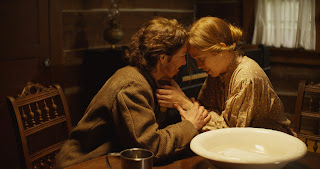 Filmed in Birmingham, Alabama by three-time NHFF filmmaker Whitney Hamilton, who also goes by the name Whit, Union tells the story of a woman who takes on the identity of her slain brother Henry during the American Civil War. When new Henry meets former Henry's widow Virginia (richly played by Alabama native Virginia Newcomb), sparks fly and expedience leads them into a most improper-at-the-time relationship. Hence the movie's title "Union" speaks more to the story than the title would suggest—the film is actually set on the Confederate side of the war.

Whitney Hamilton has freely played the roles of men throughout her career as a producer, director and actor, and this film is the pinnacle of her work to date. Union is cinematically vast, but also intimate, and the core theme of the story is a largely unexplored one for the period—gender identity, a subject that makes Hamilton highly relevant to the zeitgeist. But that is an incomplete description for her as a filmmaker, because many women did, in fact disguise themselves as men during the Civil War and Union is based on a true story. This film is not only hip to the times, but also respectful of history, and that balance of seeming opposites is an achievement.

Adding to the complexity, this is a Civil War film set in the South and produced by Bjornquest Films, which is based in Brooklyn. Like the battlefields it depicts, Union puts preconceived notions and casual opinions on perilous ground, as Hamilton-Newcomb reveal in two emotionally loaded performances. Anyone delving into the state of affairs today, and how we got here, will benefit from watching ambitious, finely wrought films like this one.

You can watch the trailer here: Union Trailer 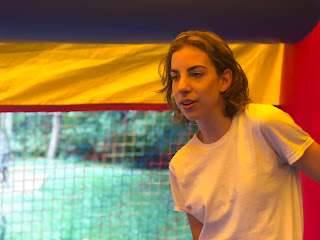 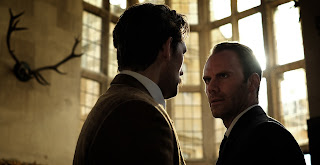 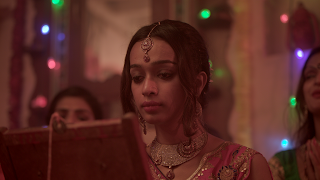 This superb short features a middle-aged son, Ross, and his aging Mom Shirley as they struggle to reconcile his dream of running for Congress with her needs as a sufferer of dementia. Writer and producer Ross Schriftman, who essentially plays himself in a role that is at least somewhat autobiographical—we will have to wait for the Q&A to get the back story—possesses a deeply impressive sense of character, story and detail, and when combined with many thoughtful choices in production and direction, the film is thoroughly engrossing.

And impactful. The ending lands hard but in an introspective way, bringing a man full circle as he grapples with who he is and what he really wants to accomplish in life. It's a worthwhile story to tell, indeed. You can watch the trailer here: My Million Dollar Mom
Posted by D. F. Whipple at 7:24 AM