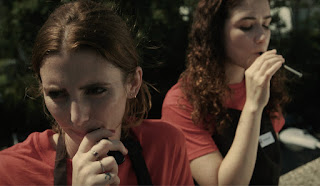 New York City-based filmmakers, performers and self-described chicken quesadilla enthusiasts Bonnie Dennison and Allison Barton are joined at the hip when it comes to producing comedy. Their feature film, "What Would Dakota Do?" is currently under development with National Lampoon, and they really are on a roll—or um, maybe a tortilla.

Despite their collaborative spirit, the pair apparently grasps that other, darker side of the performing arts. That would be called "competition for roles," and in this knowing, barbed little indie short, two actresses are pitted against one another in a manner that many actors in the biz will find familiar.

One of these friends needs to fall—and fast—so the only question as they head for the inevitable collision is who will be upending whom. You can watch the trailer here: Manifest Trailer 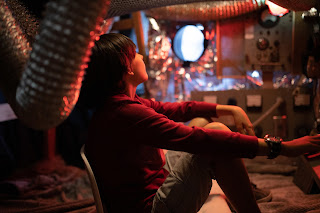 A Hollywood studio, big picture feel is evident throughout this grand in vision yet touching and introspective short from LA. Writer and Director Greg Rulfs, whose IMDB credits include visual effects, assistant directing and sci-fi, has created quite a calling card with Night Sky. The storytelling is excellent, and so is the VFX on the back of his experience, but this film also has that special "It Factor"—a highly relatable abundance of heart and wide wonder normally associated with the works of much more experienced filmmakers at the tops of their crafts. Steven Spielberg comes to mind; that is to say, Rulfs could be onto something.

The story revolves around 9-year-old Sam Collins, a kid in deep retreat after losing his father. The boy has set up an imaginary spaceship in his bedroom—an homage to his father's promise to take him to the international space station someday—and there Sam plays, hoping for a miracle.

That or sweet, sweet death.

Just then a young voice crackles over his ham radio and the girl, named Marie, offers to pull him away from this make-believe world in a surprising and exciting way. Sam might still pursue his space station dream, after all, and he has a new person on Earth who can lead him there.

You can watch the trailer here: Night Sky Trailer 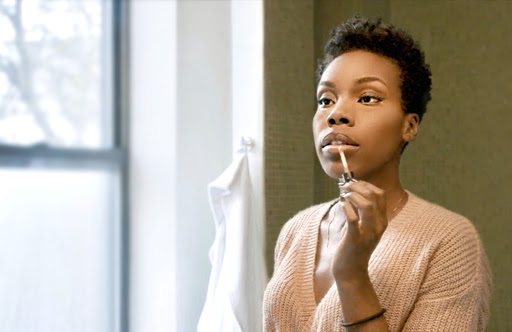 This probing and thought-provoking documentary explores societal attitudes toward black women as manifested in standards of beauty.

Canadian Writer/Producer/Director Jennifer Holness, whose filmography includes more than 20 years of film and television production, decided to shed light on this important topic after her daughters raised concerns about systemic bias against black women in the beauty space.

As one would expect in a film about beauty, the aesthetic of this project is impressive, as is the impact. Holness provides her audience with a deeper understanding not only of what the culture is insinuating to black women on a daily and oppressive basis, but also why—and where these ideas started. Her narrative combines topical liveliness with an academic's appreciation for history, words and structure, a blend of elements that magnifies the power, discomfort and optimism of the film's message. Like the stunning women it portrays, Subjects of Desire has it all and that, after all, must be the point.

You can watch the trailer here: Subjects of Desire Trailer