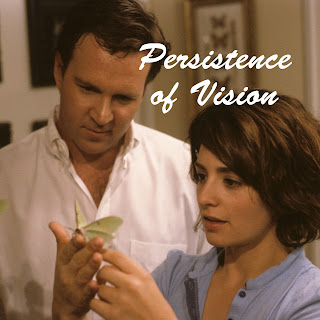 Nathan has a vivid imagination and engineering skills to match.

When he invites his restless neighbor Karen over to share his fantasies, her husband is none too happy about it. Nathan's intentions are innocent in an almost child-like way, but someone has a gun, and things are about to get very strange.

You can watch the trailer here: Persistence of Vision Trailer
Posted by D. F. Whipple at 11:44 AM 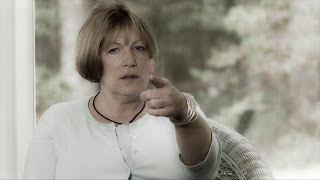 Homicide is the leading cause of death during pregnancy.

Producer/writer/director Tracy Schott is a social worker with an MSW from University of California - Berkeley's School of Social Welfare. In 2000, she earned an MS in Telecommunications and left her field for new challenges in media production. Finding Jenn's Voice brings Schott's career full circle, making ample use of her multiple talents. At once thought-provoking and stirring, Jennifer Snyder's story reaches into your heart and calls out for change.

You can watch the trailer here: Finding Jenn's Voice Trailer
Posted by D. F. Whipple at 11:26 AM 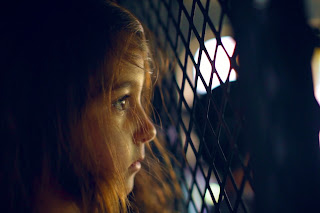 Crossing the forest is a harrowing journey for six-year-old Aurora, a homeless immigrant child who is abandoned by human traffickers. Having no place to go, Aurora wanders into the mountains, where she finds a cabin. Max, the owner, returns home to discover the girl. Now he has to decide what to do with her.

Laced with Christian undertones and heartfelt sentiment, this tender short film by Puerto Rican director Pascal Fontana explores the boundaries between civilization and the wild, generosity and selfishness, and compassion and indifference. It does so with long, reflective moments of silence. By keeping dialogue to a minimum, Fontana lends the wilderness a sanctuary-like feeling, as if to remind us the decisions we make, regardless of where we happen to be, have moral consequence.

You can watch the trailer here: Aurora Trailer
Posted by D. F. Whipple at 8:34 AM 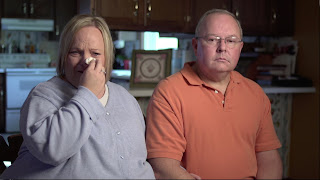 Shocking is one way to describe this incendiary new documentary.

What would happen if the criminal justice system and the journalists who rely on its integrity were manipulated by expert witnesses driven not by justice, but by money, career advancement and ego? The Syndrome follows a group of doctors, scientists, and legal scholars who assert that Shaken Baby Syndrome, an established disease responsible for hundreds of prosecutions per year in the United States, is just this type of fraud.

Filmmaker Meryl Goldsmith teams with award-winning investigative reporter Susan Goldsmith to document an unimaginable nightmare for defendants and a gross abuse of America's court system. Certain to generate heated debate and backlash, this documentary unflinchingly identifies those who have built their careers around and profited from Shaken Baby Syndrome, then systematically deconstructs their motives. For this reason, this is a film that some people do not want you to see.

The Syndrome is presented in the style of a brilliantly cogent legal argument, advocating an immediate halt to what is nothing more than a modern-day witch hunt. Watch the film, then decide for yourself whether something deserving of investigation is afoot.

You can watch the trailer here: The Syndrome Trailer
Posted by D. F. Whipple at 11:55 AM 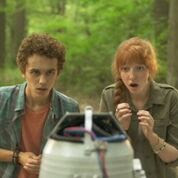 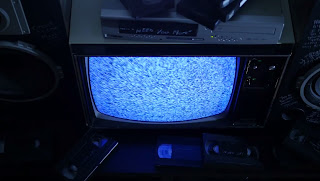 This music video by Philadelphia singer-songwriter Robert Liz features the song Need You More, a lush, haunting and thoroughly involving track from his upcoming album. "The song begins as a distant echo," writes director Jonathan Kobryn, who felt he needed to go in a new creative direction to capture Liz's themes of friendship, separation and dependence.

The static on the television screen suggests a connection that is coming through, but only partially—a friendship Liz would grasp if only he could dial into the same wavelength. Kobryn further accentuated this faltering dynamic through the staccato manner in which he audio mixed the trailer.

This fine official selection of the New Hope Film Festival will be screened along with other music videos, and the music-themed feature All in Time, on Saturday, August 1st at Stephen J. Buck Memorial Theater. Music lovers, this is for you.