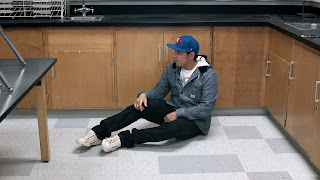 On April 20, 1999, Columbine High School in Jefferson County, Colorado experienced one of the most deadly school shootings in United States history. The incident shocked a country that could scarcely imagine the epidemic of teen violence it foreshadowed.

Filmmaker Laura Farber, a freelance producer with an impressive client roster that includes MSNBC, TLC, The Weather Channel, Discovery Channel, Discovery Health and History Channel, was one of the freshman students on that tragic day, and she has applied the full force of her experience in this jaw-dropping portrayal of what is was like to be one of those most unfortunate kids.

She tells her story through the voices of classmates and high school staff, and their collective trust is pivotal in making this such a staggering and insightful film. The former students are sometimes overwhelmed with emotion upon revisiting the school, as evidenced in the photo above, and you will be suitably moved.

You can watch the trailer here: We Are Columbine Trailer
Posted by D. F. Whipple at 7:17 AM 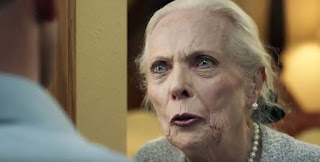 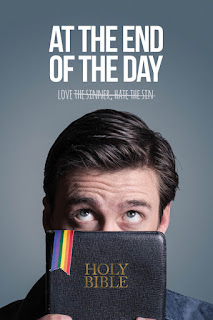 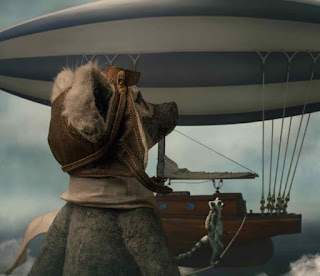 Two Balloons is a throughly enchanting and heartwarming animated short about two lemurs who sail dirigibles around the world to meet under a moonlit sky. The artistry behind this highly collaborative project will take your breath away, which helps to explain the film's sweeping success on the festival circuit.

Filmmaker Mark Smith knows something about traveling on wind currents because his wife and he are avid sailors. A journey to Grenada helped inspire this film when the Smith couple witnessed an unearthly funnel cloud that "looked a thousand feet high." Their shared husband and wife experience is evident in the embraces of the two lemurs, creatures who evoke oceans of depth on matters of love.

You can watch the trailer here: Two Balloons Trailer
Posted by D. F. Whipple at 7:19 AM