Your Very Own Recession Buster 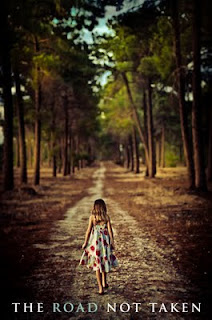 Whether we're in an official recession or not, it sure feels that way to many people. When stocks and housing prices were flying and no one marched in the streets over fiscal irresponsibility, the world had far better employment numbers and the thought of travel wasn't as daunting. But we live in a different era now, and if you want one of the most reasonably priced and interesting entertainment values on the planet, hold onto your seat, because New Hope Film Festival is about to begin!

Whether you love a thrilling drama or a film inspired by classic poets such as Yeats or Frost, it will all be in New Hope, Pennsylvania from July 8-17. Filmmakers are flying here from Singapore, Brazil, the UK, Ireland, Canada and across the United States. If you live in the Mid-Atlantic region, you can experience the sights and sounds of the world right here—many of our films are world and U.S. premieres—and do so for a small fraction of the cost of international travel.

Our full lineup of 89 films from 21 countries is available on Slated.com's online program guide, where you can watch trailers, post reviews, create calendars, tweet and so much more. And tomorrow, the printed guide will be distributed to over 200,000 subscribers to The Intelligencer and Bucks County Courier Times.

This dynamic, eclectic festival continues to grow; come join us!
Posted by D. F. Whipple at 11:21 AM