Southern California filmmakers Tim Reischauer and Rick Hall have served up a slice of genuine American pie in a short film that is racing through the festival circuit. Although this is Reischauer's first film project, the pair is charming audiences and winning awards, having won trophies in Beverly Hills, Nevada and elsewhere.

New Hope Film Festival is delighted to present Slice of Pie to the Northeast. You can check out the trailer here: Slice of Pie Trailer
Posted by D. F. Whipple at 11:05 AM

Set in the majestic and remote mountains of west Iran, this world premiere documentary by Sacred Heart University professor Sima Sedigh is an intimate portrait of the Bakhtiari, one of the world's most ancient tribes. She produced the film on a modest budget and frequently in perilous conditions, which makes her contribution of bringing this footage to a U.S. audience all the richer.

New Hope Film Festival is pleased to exhibit Bakhtiari Alphabet; it's hard to find a documentary like this anywhere else. A picture gallery and trailer are available here.
Posted by D. F. Whipple at 8:15 PM 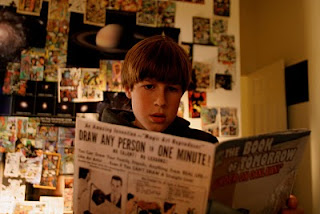 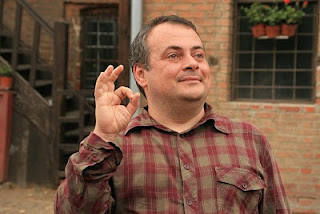 Produced in Serbia and Montenegro, this 32-minute short film by Vojin Vasovic deals with the theme of power in an unusual way. Through psychological drama and ideas on the Pirandellian opinion of life, where "nothing is sure and there is no real truth," this debut filmmaker shows us how we can destroy far more than we wanted to. Just puff...and gone.

The film includes English subtitles and you can watch the trailer here: Breathtaking (Dasak) Trailer.
Posted by D. F. Whipple at 3:43 PM 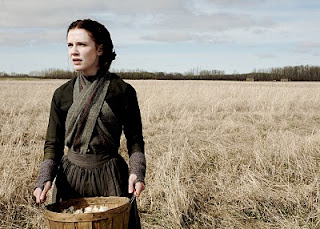 The film festival's online program guide is coming in March and will be available on our website. As the festival's resident tech geek, I personally sent the batch data file to our partner B-Side on Thursday. In the meantime, I want to give everyone some hints on what to expect:

Many are world or U.S. premieres, and that's very exciting to me: I founded this festival because I thought worthwhile art wasn't always getting the recognition and push it deserved through existing channels. We directors of New Hope Film Festival love our films and we are, quite frankly, astounded by the quality we received in our first year. We also took measured risks, as did many of our filmmakers. This festival has an indie edge, and I think that's appropriate.

We look forward to meeting our audiences and finding out which films win the audience favorite awards in each category. That, moviegoers, will be up to you. The festival will also be a chance to rub elbows with actors, filmmakers, and maybe even a music star or two. The filmmakers are excited, I can tell you. Many will be flying in from Hollywood, Berlin, India, Canada...and we expect patrons from far beyond New Hope, Pennsylvania, too.