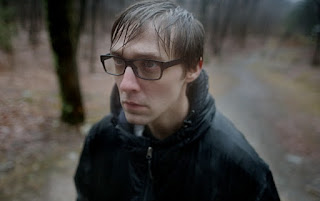 In this discomforting adaptation of Franz Kafka's Before the Law, a man stumbles upon a strange gate while hiking in the woods. The sentry standing guard won't let him through, forcing the traveler to stay the night while waiting for permission to pass. The longer he waits, the harder the uncertainty weighs on his psyche, which gets more fragile by the second. And minute. And hour.

How many days will he have to stay here? How many weeks? Months?

Will he ever, or never, be allowed to go? When the sameness of a barrier and a mental block is this acute—when a simple word of permission would be enough to change a man's mental state—a feeling of suspended animation begins to creep in.

Director Brian Lederman leads you to the brink in this modern interpretation of a classic. You can watch the trailer here: Inertia Trailer
Posted by D. F. Whipple at 6:46 AM 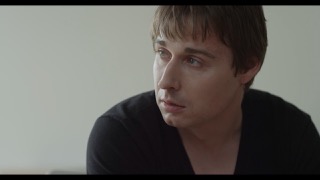 If you're ready for a real scare, check out this unnerving, supernatural thriller by Bucks County filmmaker Guy Quigley.

The story takes place in an old farmhouse. Doug, a young man with a bright future ahead of him, suffers a terrible loss when his fiancé, Lori, is killed in an automobile accident. And it's entirely Doug's fault. Wracked with guilt, he retreats to the house, only to find he is far from alone.

Or is he? What is happening to his mind? With intelligence and masterful tension, Quigley unlocks one door after another, revealing through a horrifying labyrinth something profoundly disordered about Doug, who's still a tragic character in his own right because he so very much does not want to be insane.

Yet he is. You can watch the trailer here: Apparition Trailer
Posted by D. F. Whipple at 3:33 PM

Dan Rather: Courage Under Fire

This galvanizing short documentary by award-winning director Manuel Ceniceros celebrates free speech and one of its ardent proponents, former CBS Evening News anchor Dan Rather. A resourceful blend of interview, biography, and personal testimony, this provocative film serves multiple purposes while working toward a single end: making the world a better place. Throughout his long journalism career, Dan Rather gave the phrase "courage under fire" a combination of literal and figurative meaning. Witness the footage of Rather in a Vietnam combat zone, calm and seemingly in his element, to gain insight into the type of man who would dare speak truth to power—a trait he asserts is lacking in his profession today.

The film also touches on his spectacular exit from CBS. In an interview clip, Rather points out that despite the accusations surrounding the Killian documents controversy, no one ever proved that the documents weren't real. And would-be deniers of the story's veracity were damagingly mute. One could ask whether the world became a better place when a storied and sometimes confrontational career ended over such murkiness, especially when the context of the backlash against him was so political.

But Rather's network television career did end, and online news and commentary exploded, and in this lightning fast, increasingly decentralized and interconnected world, journalists and ordinary citizens alike are charged with answering the questions raised by Rather, his interviewer Laurie Nadel, and Ceniceros. Who will speak truth to power? And what, exactly, is the truth?

You can watch the trailer here: Dan Rather: Courage Under Fire Trailer
Posted by D. F. Whipple at 2:02 PM