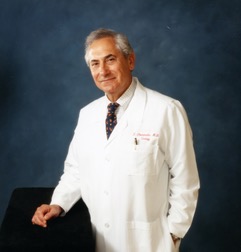 In the 1960s, Dr. Francis Chiaramonte started a urology practice in the Southern Maryland Peninsula, a neglected suburb of Washington, D.C. populated with approximately 400,000 African-American descendants of slaves. The local healthcare system was dreadfully inadequate, forcing many people to travel hours to Washington, D.C. hospitals for routine care. Chiaramonte lobbied state and local authorities for an area hospital for years, but much to his frustration the tireless effort went precisely nowhere.

As the son of Italian immigrants from Shelter Island, New York, Chiaramonte knew firsthand how it felt to be discriminated against in favor of what decision makers considered higher priorities, so he took matters into his own hands and founded the Southern Maryland Hospital in November 1977. As the film makes clear, it was an extraordinary achievement that defied the odds.

Director Stanley Preston demonstrates instincts for a good story here, but this Maryland Motion Pictures production is also cinematically excellent, with feature film-worthy reenactments of Doctor C's life. A film this engaging can do far more than educate. It can transform, reminding us about all of those people who are underserved and encouraging us to remember that everyone matters.

You can watch the trailer here: Doctor C Trailer
Posted by D. F. Whipple at 5:59 AM