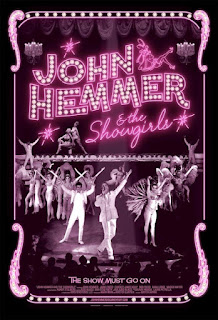 Director Kirsten Larvick includes testimony from performers who graced the stage, bringing a flashy establishment that operated on a grand scale down to an intimate and accessible level. Anyone who experienced the Latin Quarter in its heyday will be transported back in time by this short documentary, while others who missed the era will still feel its spirit. On the streets of Times Square, a place Larvick captures very well, the club's legacy lives on through flashing lights and round-the-clock energy.

You can watch the trailer here: John Hemmer & the Showgirls Trailer
Posted by D. F. Whipple at 12:05 PM