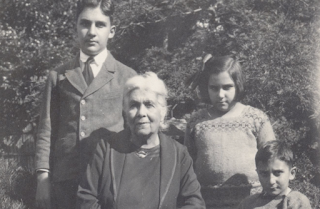 This sublime biographical film profiles woman of letters Diana Apcar, the de facto ambassador for Armenia as the borderless nation suffered under Ottoman rule. Through personal connections, press outreach and on-the-ground relief efforts, she fought tirelessly to stop the genocide of her people. Due to her distinguished record, Apcar later earned a diplomatic post in the First Republic of Armenia at a time when women were barred from such endeavors around the world.

Director Mimi Malayan went to the highest lengths to honor Apcar's life, with fine production values and a deep reservoir of research. This film will take you back to a time when the world was very different, reminding us of how far we've come and how far we could fall if we forget the lessons of history.