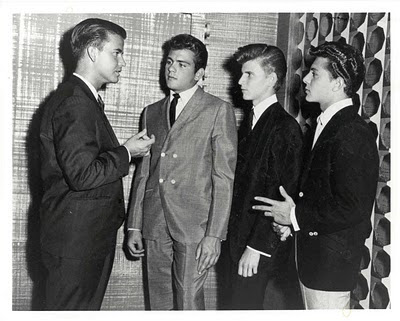 Payola in exchange for getting your record on American Bandstand? Hear it from the artists themselves in this probing documentary by Arkansas producer/director Shawn Swords. Wages of Spin provocatively asserts that the game in the Philadelphia music scene from 1952 through 1963 was rigged; decide for yourself after watching this documentary.

The film has been shown to select audiences but this is a festival premiere. Filmmaker Swords plans to be at the screening in June and will field questions about his work. You can watch the trailer here: Wages of Spin
Posted by D. F. Whipple at 10:01 AM