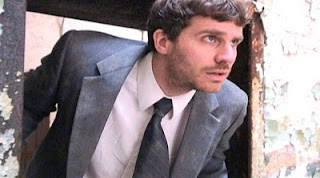 Filmed amidst the ruins of Eastern State Penitentiary in Philadelphia, this underground film probes the difference between entrapment and psychological freedom. Filmmakers Erin Davis and Nathan Edmondson are based in Philadelphia and this is Edmondson's first project.

Eastern State is the oldest penitentiary in the United States, and when English novelist Charles Dickens visited in 1842, he described the "slow and daily tampering with the mysteries of the brain" at the prison as "immeasurably worse than any torture of the body."