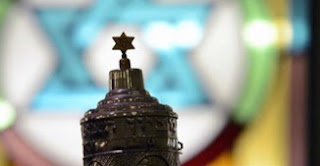 In the aftermath of the Second World War, fear, suspicion and civil war relegated the Greek Jewish wartime experience to an attic of denial and neglect. This documentary upends the sorry dynamic through riveting interviews with Holocaust survivors, second and third generation survivors, and other community members, all of whom are fighting to keep their tradition and culture alive.

Co-Directed by Australian filmmakers Carol Gordon and Natalie Cunningham, Following Shira's Journey uncovers a sorely neglected and tragic aspect of Jewish history, yet the film does much more than document the past. Much of the focus is on the present, offering fresh insights into Greek politics and culture, and hope for the country's forward-thinking Jewish community.

All of the voices in this film resonate with a passion not just to survive, but to flourish, even as fringe elements of society continue to echo past prejudice and hate. The indomitable spirit of Greece's Jewry is an inspiration, an example, and a perspective relevant to any time when life's chips are down.

You can watch the trailer here: Following Shira's Journey
Posted by D. F. Whipple at 1:49 PM