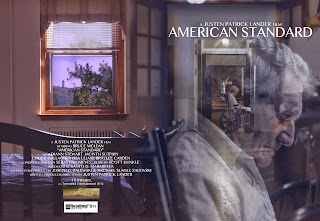 In this gripping and deeply moving production, nursing home resident Edward Bracket lives the final chapter of his life in utter desolation. All he has left is a photo album and vague, dreamscape memories of his past. He's been in this place for years, pining for a daughter to come take him to the watch tower, up on the mountain, a place where he says time stands still. He waits with the kind of patience one hones over the years, but sadly, no one ever arrives.

It has become an American standard to put our elderly in nursing homes—so notes this film team led by Justen Lander (co-producer, director and writer) and Santo Marabella (co-producer). Lead actor Bruce McLean delivers this message with devastating clarity in what is, incredibly, his only IMDB credit, bearing the full weight of abandonment and loneliness in his role. The character Bracket's trembling and wistful voice could nearly shake the mountain he yearns to climb, and his inner strength might convince you he will do it, and that he might ascend it right now, whatever the consequences.