Raised Up West Side 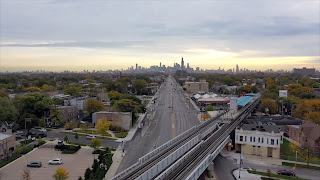 Many films screened at the New Hope Film Festival are made from a perspective of advancing the culture and improving people's lives, and this documentary is a great example, as it delves into the many challenges facing Chicago's West Side. Known for gun violence and, at least among non-residents, not much else, this predominantly black section of the third largest city in the United States exists in a vortex of mass incarceration, food insecurity and disparate life expectancy.

But there is hope. Featuring interviews with ex-offenders, social workers and entrepreneurs, Raised Up West Side exposes many kinds of problems, but also offers ideas and solutions. Along the way, the film reveals how pride, clarity and tenacity can exist within a community even as many residents feel overwhelmed and abandoned.

It's easy to be hardened by the troubles of the world, and certainly many folks in this urban community have experienced hard circumstances. At times, their lives have been pure hell. To his great credit, producer/director Brett A. Schwartz made this constructive film all about the antidote to such numbness: caring, then doing something thoughtful about it. You can watch the trailer here: Raised Up West Side Trailer