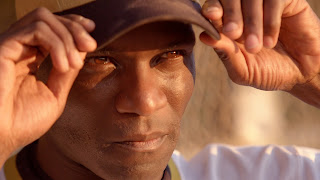 Based on the inspiring yet tragic story of 20th century Major League Baseball star Roberto Clemente, this dramatic feature existed only as a script when it won accolades from Austin Film Festival and the Best Period Script award at the 2017 New Hope Film Festival. Ian Eugene Ryan, who is attached to the film as Clemente, created this work with co-writer Joseph Loizzi as a way to honor an historical figure and shed light on the plight of men of color in professional sport.

As many baseball fans know, Clemente was far more than a ball player, having devoted impressive time to charity work, including relief efforts involving a devastating earthquake in Managua, Nicaragua. Ryan and Loizzi captured the essence of the man in their superb writing—Clemente's intensity and focus both on and off the field, but also a charming, almost childlike innocence and goodness of heart. The two traits combined to make him a dangerous weapon on the field and a remarkable force for healing off of it.

Ian Ryan plays the role of Clemente in the teaser they shot to raise awareness for the project, and what a performance he delivers—the verisimilitude is striking, down to every nuance and quirk. Beautifully directed by New Hope Film Festival's Director of Submissions Thom Michael Mulligan, the trailer demonstrates with all heart and soul why this film should be made and why Ryan should play the lead.

Sometimes indie filmmakers knock one right out of the park. You can watch the trailer here: Clemente Teaser
Posted by D. F. Whipple at 1:16 PM