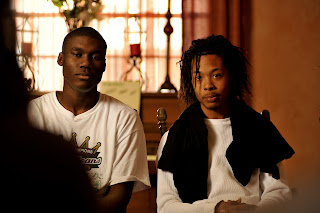 Shell Shocked is a documentary about youth and gun violence, the way the environment that inner city kids grow up in contributes to gun violence, and what can be done to help kids growing up amongst this mayhem. The film started as a teenage documentary program four years ago. Five New Orleans youths participated in a class where they were asked to document their lives and share their insights into why there was so much gun violence in the communities in which they lived. All of the participants would be what society would consider "good kids," but all of them had witnessed either a family member or friend getting shot. This is common for New Orleans African-American youth: the New Orleans homicide rate, annually, leads the nation by a wide margin. What the filmmakers learned from the kids became the guiding principal of the film. 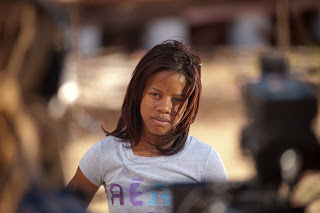 Executive Producer and Director John Richie, along with his clearly passionate team, has produced a powerful piece about a social milieu that cries out for reform. As the film sagely points out, no one wants to be a gang member or live in a violent neighborhood; tragically, many see no alternative. But a film like Shell Shocked is a catalyst for positive change.

You can read more about Shell Shocked in a Huffington Post Feature and a LOLA.com Article. The film has also inspired a heartfelt and moving music video by KOAN, which you can watch here:


And the trailer is here: Shell Shocked Trailer
Posted by D. F. Whipple at 8:08 AM