Panel Discussion on Race and Incarceration 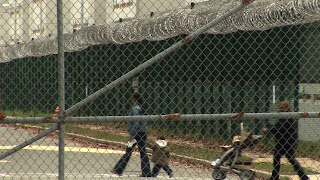 One of the benefits of a cutting-edge, independent film festival like NHFF is the chance to explore meaningful subject matter, and whether you agree or not with a filmmaker's perspective, such opportunities present a valuable opportunity to enrich our culture.

Monday night at New Hope Arts Center is such a night, as debut director Matthew Pillischer has organized a serious panel discussion that will follow his screening of Broken on All Sides: Race, Mass Incarceration & New Visions for Criminal Justice in the U.S.

Panelists will include Angus Love, Executive Director of the Pennsylvania Institutional Law Project and Board Member of the Pennsylvania Prison Society. Also invited but still unconfirmed are several representatives of the New Jersey Association on Correction and Therea Shoatz of Philly's Human Rights Coalition.

This is New Hope Film Festival's first-ever panel discussion. The audience will have a chance to ask questions during a Q&A.