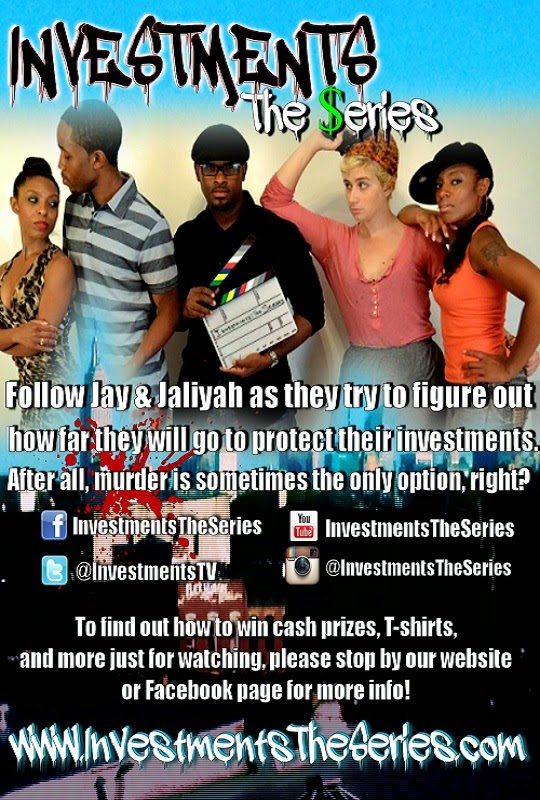 In this hyperkinetic, addictive and thoroughly hip web series, two siblings named Jay and Jaliyah are determined to avoid getting stuck in the system. They run away from a foster home and into the hands of a nefarious politician, known on the street as Mr. Robby, who promises to invest in their lives if they'll only do one, little—deadly—favor for him. They do it, and life is great.

For a while. But several years later, when Jay has one too many drinks and reveals his sordid past to his girlfriend, Sasha, things quickly spiral out of control; now the siblings need to decide how much more they're willing to do to avoid Robby's backlash and protect their high-flying lifestyle—their investment.

With an electrified theme song by hip-hop artist Dox of Aquavibe, and acting performances-as-case studies in how to connect with your scene partner, this web series exudes more than a splash of the "it" attitude needed to build a following. We're doing our part by bringing it into the Festival—an urban offering in our broad lineup. You can watch the trailer here: Investments: The Series Trailer
Posted by D. F. Whipple at 9:57 AM