Elegy for a Revolutionary 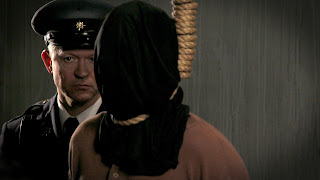 Director Paul van Zyl explores the distinction between activism and domestic terror in this searing portrait of a young, idealistic man who falls unwittingly into an extremist group that operates in late apartheid-era South Africa. Elegy for a Revolutionary is based on the filmmaker's personal, true story of the African Resistance Movement, making this short film all the more riveting and thought-provoking.

With a country divided and loyalty strained, two men are forced to choose sides — and suffer their fate. This Official Selection 2013 balances on the edge between right and wrong while asserting one certainty: betrayal knows no limits. Visit the Elegy for a Revolutionary Website and watch the trailer here: